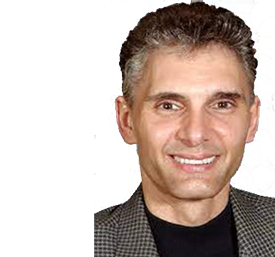 Dr. Carney attended Eastern Virginia Medical School after receiving his medical degree from the Medical College of Georgia in 1993, first as a resident in plastic and general surgery, and then in urology, where he became chief resident during his final two years. Just after he became a board-certified urologist, Dr. Carney spent his next two years as a fellow at the Roswell Park Cancer Institute.

Subsequently, Dr. Carney completed a two-year fellowship in Traumatic and Reconstructive Urology at the University of California, San Francisco in 2001 after concluding that oncology was not his greatest urologic passion.

Dr. Carney joined the staff at Grady Memorial Hospital in Atlanta, one of the nation’s most revered Level I trauma centers, in 2001 and also began a 25-year vista as an Assistant Professor of Urology at Emory University.

Following two decades as Grady’s chief of urology, he honed his interest in reconstructive and trauma surgery.

In 2012, Dr. Carney founded a GURS[1]-certified fellowship in reconstructive and plastic urology and remains the program’s director to this day.

In 2015, Dr. Carney started giving advice and helping with Rejuvall® enlargement cases. Later that year, he was named acting chief medical director for the clinic’s enhancement procedures, even though he was still an Assistant Professor of Urology at Emory University, Chief of Urology at Grady Memorial Hospital, and director of his GURS fellowship.

He subsequently pioneered a trio of significant discoveries within penis enlargement, including breakthroughs in penile lengthening, penis enhancement for obese and heavier patients, and an important “cannula-free” technology for non-surgical penis augmentation.

His impact with enhancements has been staggering, having created, or improved upon 80% of the 33 different enlargement techniques now offered by Rejuvall. He also helped make two important improvements at the same time to ExoSurge®, Rejuvall’s breakthrough therapy for treating Peyronie’s disease without surgery.

Simply put, Dr. Carney is changing the rules for cosmetic penile enhancement and rewriting what a good outcome looks like.

a) National and International

a) National and International:

a) Published and Accepted Research Articles: