Many men who visit our clinic ask the same question, "How thick is an average penis?"

The answer is 4.8 inches or 12.23 centimeters for the average man based on United States data. Worldwide data shows an average penis thickness of 4.59 inches.

Assessing average penis size is a complex process. Our clinic is precise in measuring penile size, as we want to have an accurate measurement.
Accuracy is critical in penile augmentation. To track results of average penile elongation and widening, the measurement that is performed before should be just as precise as the one performed after surgery.

Men want to know how they measure up against others. They want to have a thick penis as well as elongated. In a study published by the National Institute of Health (NIH), over 1,600 participants measured their penis size to arrive at an accurate measure of the mean length and width. Daily diary measurements were submitted by each man who participated. The men were incentivized to provide accurate self-measurements as they were to receive a condom sized properly in width and length to fit their erect penis.

While penis thickness is critical to many, length is the general measurement used for comparisons among adult men. How long is an average penis? According to the data, the average erect penis length is 5.57 inches (14.15 cm) of an adult male, age 18 or older. In the flaccid state the mean of average length is approximately 3.5 inches.

In a recent study performed in the United States, the following states had the largest self-reported penile length:

How do you increase the thickness of your penis?

Surgery and outpatient procedure options are the most effective way to increase penile thickness.

Whether you feel you are undersized or you simply want to have a larger than average penis size, Rejuvall Men's Clinics offers effective procedures for maximum size increases.

The penis stops growing in both circumference and length when a man completes puberty, generally no later than age 18.

Most women assume the average is six inches based upon pop culture, which leaves lots of men feeling unfairly inadequate at the onset.

Dissatisfied with Penis Size? Our male clinics can help with both implants and surgery options.

Does Penis Size Matter to Men?

Penis size is a considerable concern for men of all ages. Primarily length is the most significant concern, yet circumference is also important to most men when it comes to sexual pleasure for both partners. Throughout history, the penis has defined masculinity. Discussion of the penis has been deemed taboo, socially unacceptable; and at other times, it is the topic of lighthearted conversation and jokes. The penis length, girth (width) and function, however, have been an issue for men throughout history.

Penis Enlargement Before After Pictures 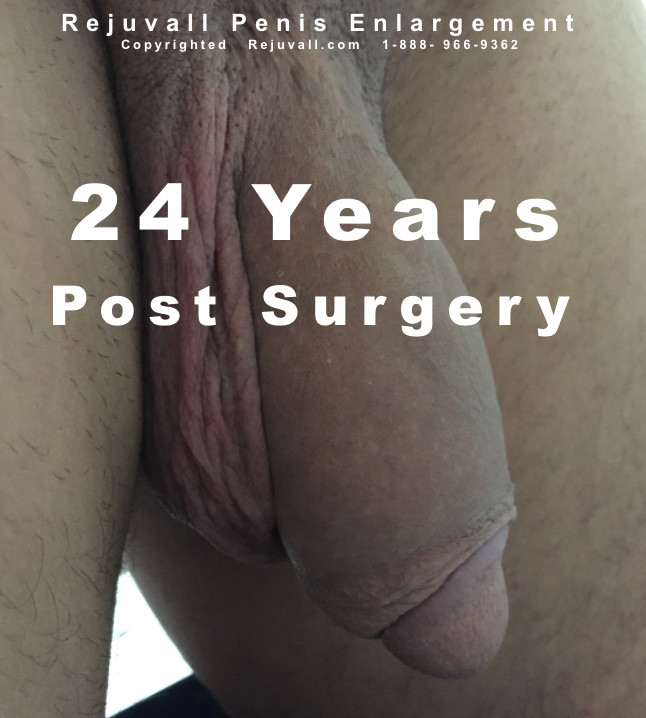 Taking You from Undersized to Well-Hung!

Does Penis Size Matter to Women?

A new study finds that women who have frequent vaginal orgasms are more likely than other women to say they climax more easily with men with larger penises. Women who tend to prefer penile-vaginal intercourse over other types of sex also say the same, researchers reported online in The Journal of Sexual Medicine.

"Male anxiety about penis size may not reflect internalized, culturally arbitrary masculine stereotypes, but an accurate appreciation that size matters to many women — just as men feel legitimate anxiety when they enter the mating market about their intelligence, personality traits, sense of humor, social status, height, wealth, and other traits known to be favored by women across cultures," study researcher Stuart Brody, a psychologist at the University of the West of Scotland, told LiveScience. 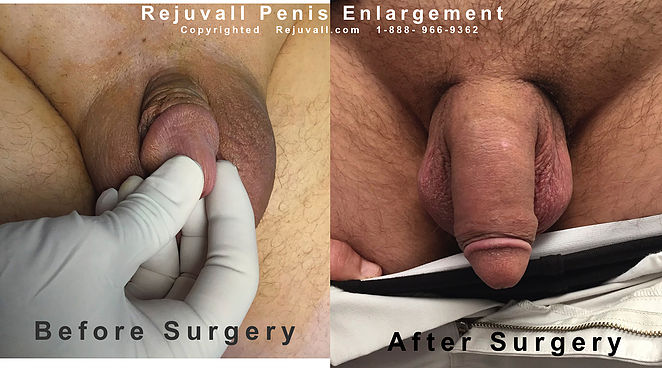 Does Penile Width or Girth Most to Women in Sexual Satisfaction?

To study the effect of penis width vs. length on female sexual satisfaction, 50 sexually active female undergraduate students were asked which felt better, was penis width or length more important for their sexual satisfaction. None reported they did not know, or that width and length were equally satisfying. A large majority, 45 of 50, reported width was more critical for sexual satisfaction, as opposed to penis length. The reason women feel a thick penis is more important is unknown but it is possibly related to clitoral stimulation that occurs with a thick base when a having sexual intercourse.

To test the notion of the possible importance of length inches and width in sexual satisfaction for women, a study was performed by researchers at the University of California. The study looked at women’s preferences for size and found that for one time encounters they preferred a slightly larger length and thickness to a long-term partner in which they preferred a slightly smaller length and width. A second study interviewed 50 women on their preferences and found that thickness mattered more than length in sexual satisfaction. The results and details are listed below.

In the second study, the women college students questioned ranged in age from 18 to 25 years old. In person or via telephone, the females were asked "In having sex, which feels better, length of penis or width of penis?" In half the cases, the word "width" was used before the word "length," but there were no order effects. There were also no effects for telephone vs. personal interview. All female participants answered the question, perhaps because they personally knew the student asking the question.